Please use the login form to sign in and view your tasks.
Entomology

Entomology (from Ancient Greek ἔντομον (entomon), meaning ‘insect’, and -λογία (-logia), meaning ‘study of’) is the scientific study of insects, a branch of zoology. In the past, the term “insect” was vaguer, and historically the definition of entomology included the study of terrestrial animals in other arthropod groups or other phyla, such as arachnids, myriapods, earthworms, land snails, and slugs. This wider meaning may still be encountered in informal use.
Entomology is now a well-established degree and with the scope of the environmental sciences continuing to expand, the evidence that we can acquire from it is expected to continue to have the broadest possible appeal. Though classed as a subsection of zoology, it is a deep enough subject to require specific undergraduate and postgraduate qualifications. Entomology usually comes under the control of biology or agriculture departments, and most universities in the world offer courses in entomology. At least one college in each US state offers it as an undergraduate program. Students wishing to take advanced degrees and Ph.D. programs have a lot of choices; most research roles will require at least a Master’s level degree – if not a Doctorate. Most entomologists go on to work in agriculture and conservation, in ecology and land management (national parks for example).
Put simply, entomology is a branch of zoology (the study of animals) that studies insects and how they interact with their environment, other species, and humans. The word originates – as most scientific classifications do – with a Greek word: entom, meaning “notched”. An animal is an insect when it has segmented body parts. Insects are quite remarkable creatures and we have identified in the region of 1 million species with estimates of the number of unidentified species ranging from 5 million to 8 million. Insects exist all over the world and survive in some of the harshest environments on earth; it is believed that they – in terms of numbers – outnumber all other animal species combined.

What careers are available in Entomology?

Scientists – By studying insects, entomologists have helped to produce much of our current knowledge of inheritance, physiology, and ecology.
Farmers – Crops and food products are consumed or spoiled by insects. Entomologists are working to sustain optimal agricultural production throughout the world. The work of veterinary entomologists protects livestock from insect-borne illnesses.
Teachers – Teachers use entomology in the classroom to teach basic biological principles and concepts.
Environmentalists – Entomologists study environmental indicators to better understand the relationships between humans and nature. By identifying endangered species and studying their ecosystems, entomologists work to protect the environment and restore threatened habitats.
Industry – Entomologists provide industry with many product opportunities in areas such as biological and chemical pest control. Urban pest control is a $3 billion industry.
Foresters – Insects are one of the greatest destroyers of timber resources. Entomologists work with foresters to develop effective programs to battle these pests in order to protect forests and their biological wealth.
Animals – Environmentally sound biological control programs developed by entomologists have become standard features in a wide array of solutions that protect animals from harmful chemicals.
The United Nations – Entomologists’ research is essential in solving insect-related food shortages and diseases throughout the world.
Customs Inspectors – Entomologists help customs intercept new pests before they enter a country and cause problems.
The Military – Soldiers, marines and sailors often encounter exotic insects with exotic diseases. Medical and veterinary entomologists lead the way in research to combat insects that carry diseases.
Police – Forensic entomologists use their expertise to help police solve criminal cases.
Homeowners – Urban entomologists provide answers in our war with structural, turf, and ornamental insect pests.
Artists – Entomologists help to preserve the diversity and extraordinary beauty of insects which artists utilize for designs and patterns.
Writers – Insects are an intriguing part of the ecological web. Entomologists can provide unusual twists to ordinary stories. Writers can spin a good tale because insects fascinate.
Doctors – At least one-sixth of the human race currently suffers from insect-carried diseases. Entomologists provide vital information on the treatment and prevention of these ailments.
Our World – Entomologists and their study of insects help us increase the bounty of the planet and preserve its natural beauty.

What Can Entomology Tell Us?

The subject does not exist in a bubble where it is useful only to itself; it is part of a wider environmental study of our natural ecology and human geography – insects are affected by the climate and results of studies can tell us much about what is going on in the world around us. We discover new uses for studies in entomology all the time and there are already several established disciplines where insects and insect remains are a powerful type of evidence.

Insects are a vital part of forest biodiversity and as they are particularly sensitive to changes in the climate and the patterns and seasons of regional flora cover, entomology provides evidence for general forest health as well as changes in the cover. The arrival of a new pest or the sudden decline of a well-established native species can indicate many things, such as the effects of deforestation, or a change in the types of arboreal cover, CO2 concentration, persistent ecological issues such as drought or flooding. They can tell us much about the types of trees, shrubs, and flowers that grow there (especially pollinating insects such as butterflies) and any changes.
The Arctic Circle has a very delicate ecosystem and this is one area where researchers in many fields rely heavily on entomology, particularly of the relationship between insect groups, between insects and the environment, between insects and other animals species; evidence from population numbers and density is often used to examine specific environmental indicators.

Similarly, and as archaeology moves more into the realm of environmental science, insect population and remains are becoming more important in the interpretation of archaeological sites and landscapes. Humans have had an enormous impact on the environment of the past, and we are just beginning to understand how geoengineering, how hunter-gatherer societies, and even the Neolithic Agricultural Revolution impacted local ecologies. We are only now beginning to understand how insect remains are useful, and indeed which insect species are most useful in which areas. In a study of western Greenland for example, researchers examined extant insect remains for indicators of personal hygiene.
This isn’t all they can tell us though. When a virgin landscape is altered to make way for farmland, there is likely to be a change to the ecosystem that will include a change of both the pollen distribution pattern and insect remains – especially where a crop favorable to native insect species replaces a crop that was unfavorable or vice versa. In these cases, there will be a clear and distinct pattern change in the archaeological record.

It may surprise people to learn that insect species can sometimes play a part in criminal investigation and even be included as part of the evidence. We can learn much about a body’s season of death and for how long it may have been exposed to the elements before discovery or being buried. This is one of the most critical areas in which entomology contributes to our understanding of human remains – in archaeology and in criminal proceedings.
Insects are attracted to decomposing bodies and may begin feeding off it or laying eggs in it. By understanding the lifecycle process of any insect remains found, investigators can identify how long a body has been dead, where it has been storied, and a variety of other facts. Most interestingly, it seems that studying insects as a method of working out the perpetrator of murder goes back to China in the 13th century when suspects were told to lay their sickles on the ground to see which attracted the most flies to the small amounts of blood that remained on the blade. Using insects as evidence in a modern criminal trial began in 1935 when a body in the UK showed a number of blowflies. The subsequent evidence attained from the blowflies informed investigators how long the woman had been dead and led to a conviction of the guilty party.

This is the area concerned with medical research and how insects are a matter of public health. This area also includes plant disease and damage caused by insects to crops too. That means researchers in Medical Entomology are concerned with urban and rural pests as well as the diseases that some insects carry. The scope of medical entomology will also cover research into the effectiveness of, and development of new, pesticides.
Medical entomology arguably began in the early 20th century when it was discovered that mosquitoes were responsible for the transmission of Yellow Fever. Medical entomology plays a large part of the US military research as the major bodies examined and combated the effects of major diseases in all wars the country has participated in  most recently in Iraq and Afghanistan. Though entomology is the study of insects, medical entomology has a broader scope in that it incorporates other arthropods that may affect human health – this means arachnids such as spiders, mites, ticks and also come under the scope of a medical entomology researcher. 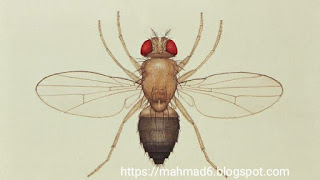 The humble fruit fly deserves a special mention because these small insects have given us so much information. We have learned much about evolutionary biology because many generations breed in a very short space of time. We have information on genetic mutation, genetic drift, and other elements of evolution vital to research in other areas, particularly human genetics. Selective cross-breeding for favorable traits may be carried out on a large scale in a very short space of time. Though they have been studied for at least a century, only recently have researchers made great leaps in discoveries.
SHARE