Please use the login form to sign in and view your tasks.
Agriculture Farming 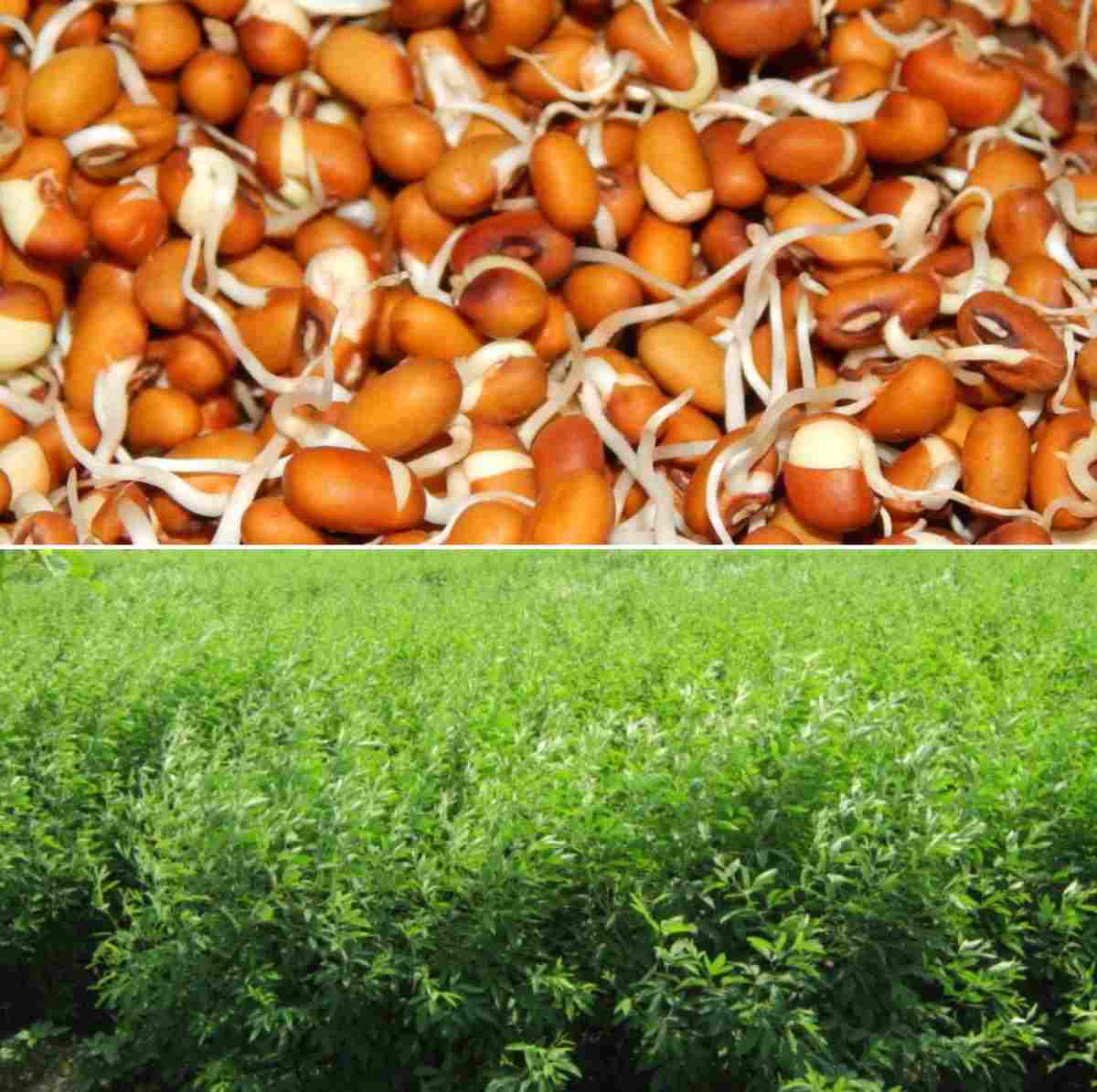 Red gram or Pigeon pea is an important pulse crop in India. Red gram is cultivated and consumed in developing countries of the world. This Red gram crop is widely grown in India. It is the second important pulse in the country after gram (chana). The ability of Red gram crops to produce high economic yields under soil moisture deficit makes it an important crop in rain-fed and dryland agriculture. It is a native of India as evident from the presence of several wild relatives and diverse gene pools along with ample evidence in historic literature. India contributes to about 90% of the world’s total Red gram production. Though, it is gaining importance in African countries due to its adaptability to limited moisture conditions.

Red gram is used as both a food crop (dried peas, flour, or green vegetable peas) and a forage/cover crop. In combination with cereals and pigeon peas make a well-balanced human food. Red gram contains high levels of protein and important amino acids. Red gram crop is a protein-rich staple food. Red gram contains about 22 percent protein, which is almost three times that of cereals. It supplies a major share of the protein requirement of the vegetarian population of the country. It is mainly consumed in the form of the split pulse as Dal, which is an essential supplement of a cereal-based diet. It is mainly rich in lysine, riboflavin, thiamine, niacin, and iron.

It is mostly cultivated as a Kharif crop in India while rabi season cultivation is in practice in the eastern parts. It can be grown under variable soil moisture conditions, rainfall ranging from 60cm to 140cm. Though, higher yields can be realized with irrigation particularly during critical stages including flowering and pod filling. Crop duration varies from 120 to 150 days depending on the varieties and area of cultivation.

In case if you miss this: 1000 Broiler Farming Project Model Report.

Red gram is predominantly a crop of tropical areas mainly cultivated in semi-arid regions of India. Red gram can be grown with a temperature ranging from 26°C to 30°C in the rainy season (June to October) and 17°C to 22°C in the post rainy (November to March) season. Red gram is very sensitive to low radiation at pod development, therefore flowering during the monsoon and cloudy weather leads to poor pod formation. It is successfully grown in black cotton soils, well-drained with a pH level ranging from 7.0 – 8.5. Red gram responds well to properly tilled and then drained seedbed. The Red gram crop can be grown in almost all types of soils. Though it does best on well-drained, light to medium soils, and deep enough to permit a free development of roots. Bright sunny weather is required during flowering and pod ripening stages.

In organic farming, stress is being given on the on-farm seed production and also preservation. For seed,  identify vigorously growing healthy plants, also free from insect pests and diseases. Tag them for simple identification and harvest separately. Collect healthy pods. It must be free from any inert matter i.e. dust particles, weed seeds, etc. Seeds should be purchased from registered seed companies. The seeds must be viable and genetically pure. Use suitable grading sieve to obtain uniformity in the size and weight of the grains. Drying of Red gram seeds in sun is very essential to obtain moisture level below 8%.

Select fields on which the same kind of crop was not grown in the previous season unless the previous crop was the same variety and then approved by the certification agency for varietal purity. Also, the soils should be light, well-drained with a natural pH level.

Red gram is cross-pollinated by bees and other insects. So, for maintaining varietal purity isolation of 200 meters for foundation seed class and 100 meters for certified seed class is necessary.

You may also check this: Sorghum Seed Germination.

The seeding rate of Red gram depends on the desired plant density for a genotype (early, medium or late), cropping system (pure crop, mixed crop, or intercrop), the germination rate of Red gram seed and mass of seed. Red gram seed should be own behind the plough or with the help of seed drill at a row spacing of 60-75 cm keeping 15-20 cm distance from the plant to plant. A seed rate of 12 to 15 kg per hectare is sufficient. In mixed cropping, seed rate is adjusted based on the proportion of Red gram and companion crops to be grown. In the intercropping, the seed rate remains the same as for pure crops.

Long duration varieties of Red gram plants are tall, spreading, and occupy the field for about 250-270 days. These varieties are planted at a wider row spacing of 90-120 cm and about 30 cm between the Red gram plants, particularly under the rain, fed conditions. Under irrigated conditions grow early maturing varieties are popular as they fit well in double-cropping systems with other crops.

The seed coat percentage and Seed density for Red gram

Seed coat percentage (SCP) is 50 seeds of seeds were weighed and soaked in 100 ml of water overnight, removed the coat manually,  dried in the oven and both coat and seeds weights were taken.

Seed density is a hundred seeds that were taken and transferred into 50 ml water in a 100 ml measuring cylinder.  The seeds were allowed to soak for 10 minutes and the volume of water displaced was recorded.

Threshed seed produce should be dried properly on a tarpaulin in sun and graded by using 3.18 mm oblong sieve with the help of seed cleaner and grader. Even after grading, it is better to handpick discolored and broken seeds, if found to improve Red gram seed quality. Seeds having a moisture content of not more than 9 percent must be packed preferably in polythene lined gunny bags or cloth bag and kept on wooden pallets in a cool and dry ventilated seed store. Treat the seed with Thiram 75 percent WP at 2 gm per kg and dust the seed bags with 5 percent malathion dust before storage.

The method of sowing for Red gram

Three systems of sowings are practiced for Red gram. The common is flat sowing method; the other methods are broad bed – furrow (BBF) for extra – early group and ridge-and-furrow for the late maturity group. Bund cultivation of pigeon pea in rice fallow areas.

The latter two methods are helpful in fields with poor surface drainage and waterlogging. The raised beds or ridges provide better aeration in comparison to the flat sown crop. A broad bed system and furrow system are used for sowing extra-early genotypes, and ridges-and-furrows are used for medium and late duration genotypes.

Light irrigation is required after sowing to ensure good seed germination. One irrigation at flowering and subsequent irrigations after flowering are necessary depending upon the soil conditions and weather conditions.

Red gram requires 35 to 40 cm water, during its entire growth period. Optimum moisture is required during budding, flowering, and pod formation stages. As Red gram is a rain-fed crop grown in assured rainfall areas, usually it does not need any irrigation.

Signs of maturity, harvesting, and threshing for Red gram

Pods and plant dried, Grains become hard, and moisture percent in grain at harvesting must be 20-22 %. Pod shattering is the main problem in pulse. Then, harvest the whole plants with a sickle when 80% of the pods mature. The pods or whole crop after complete drying must be threshed manually or by machine.

The Red gram crop is harvested soon after the seed is mature. The harvesting is done with a sickle and the crop is left in the field to dry for about a week. The threshing process is done by beating the plants with sticks. It is better to harvest the pods as and when they reach physiological maturity without being delayed or exposed to wetting and drying to keep high germination with the least deterioration in storage.